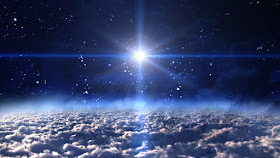 During my 40-plus year relationship with music, I recall four distinct epiphanies that have come to define my career path.

During our middle school winter concert in Hampton, VA, I was one of the featured soloists with our jazz ensemble. After I stood up and played an improvised solo for the first time in front of a live audience, I experienced such joy that I was on a natural high for three days. I can’t say for sure that that’s when I decided to become a professional musician, but it was a defining moment where I realized that music would forever be central to my life.

The second happened when I was thirty years old.

As many are aware, this was the age where I decided to switch from the tenor to the soprano saxophone. Until this day, I’m still unable to say exactly why I did it, other than I was able to arrive at a sonic clarity on the soprano, almost immediately, that was not achievable on tenor, even after having tried for so many years. It is also the moment at which my path veered from trying to be a great jazz musician, to aspiring to be more of an artist. I knew if I did not seize that moment, it would be forever lost.

After hearing Steve Lacy’s Snips: Live at Environ, a double-CD solo saxophone recording,  I truly understood the melodic potential of the soprano. I realized that solo saxophone would be the best way to express my musical concept with the most clarity and the least compromised. There's also an addendum to this epiphany. I knew there would be career consequences to doing something like this. I probably lost more supporters than I did when I first switched to the soprano. But I knew the artistic rewards would be too satisfying to care.

The fourth happened around four years ago.

While recording Sopranoville: Works for Prepared and Non-Prepared Saxophone, my first foray into the realm of prepared saxophone, I realized that the essence of my vision is sound. Sound, as I discovered, does not always have to function as a means to an end. It can be equally profound as the mean. This enabled me to speak not only a broader musical language but one that’s heavily informed by my everyday environment. I’m no longer limited to the influences of other musicians but have become more influenced by life. Sound, I discovered, is my artistic truth. This, of course, has led to the many experiments that I frequently exploring. It may not win me many accolades amongst jazz purists, but I'm in total alignment with the spiritual purists.

I’m not sure where it will all lead, but I do like where’s it’s going.